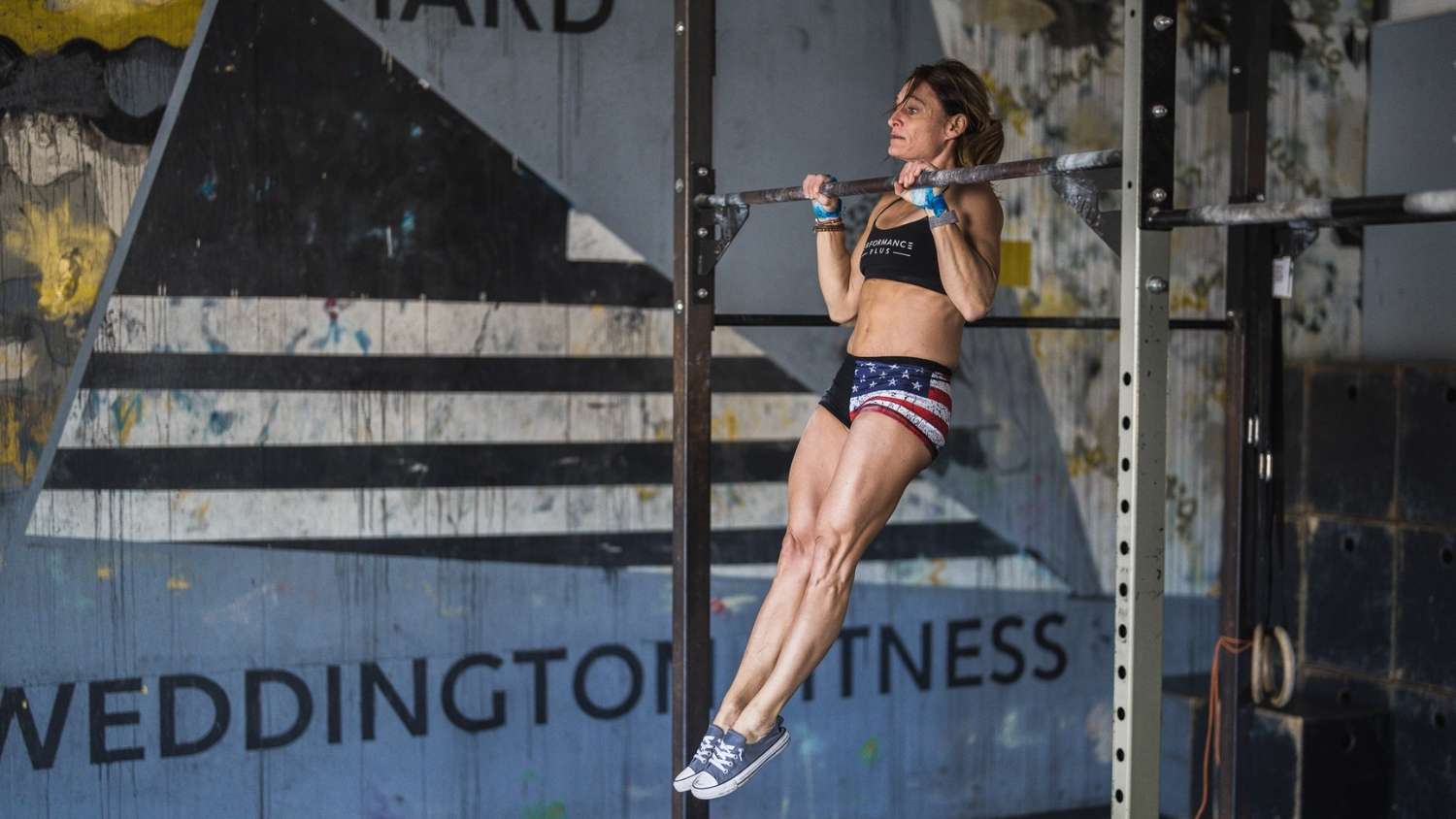 In this video, Zach and Pamela are going to break down the mechanics of the strict and kipping pull-up with technique considerations being specific to the CrossFit athlete.

Inside of Performance Plus, we’ve got a number of programs to help you crush all your pull-up goals! Check those out for help, no matter where you are in your pull-up strength progression!

Zach is going to hang and he’s going to be in an active position. I call this active because his muscles are working. Let’s see a lazy position. So, his chin is very low and his ears are by his shoulders. So, we’re going to have the athlete pull up and then tuck that rib just slightly.

Technique Cue #2 – Do Strict Pull-ups in the Hollow Position

This is really the beginning of a hanging hollow. So, that’s where I want you to start. As he pulls up, nothing moves in the torso, and he pulls where his elbows, if you can see, are kind of pulling back and down, and that’s important in order to drive yourself into the right position up towards the barbell. What we’ll see a lot is athletes opening up their rib cage when they pull. There’s nothing wrong with a pull-up like this, but it’s not going to translate to an efficient kip when we are ready to have that athlete move on to the kipping mechanics.

Technique Cue #3 – Generate the Kip From the Shoulders

So, when we move to the kipping pull-up we want to see the kip generated through the shoulder girdle. What that means is the athlete is going to be pulling into the arch and hollow, but generating power through the muscles in the shoulder and not the swing of the hip.

We often see the kip being hip generated instead. We don’t want to use the hip as much, because we want global extension and global flexion to create power and tension. That will create a much more efficient pull-up.

So, when we see Zach pulling in, you’ll see his rib pulling down into hollow as he pulls up. He pushes slightly away from the bar on the way back down, because we want to return to the arch position. So, if you think about this, the kipping pull-up, mechanics are arch to hollow, arch to hollow.