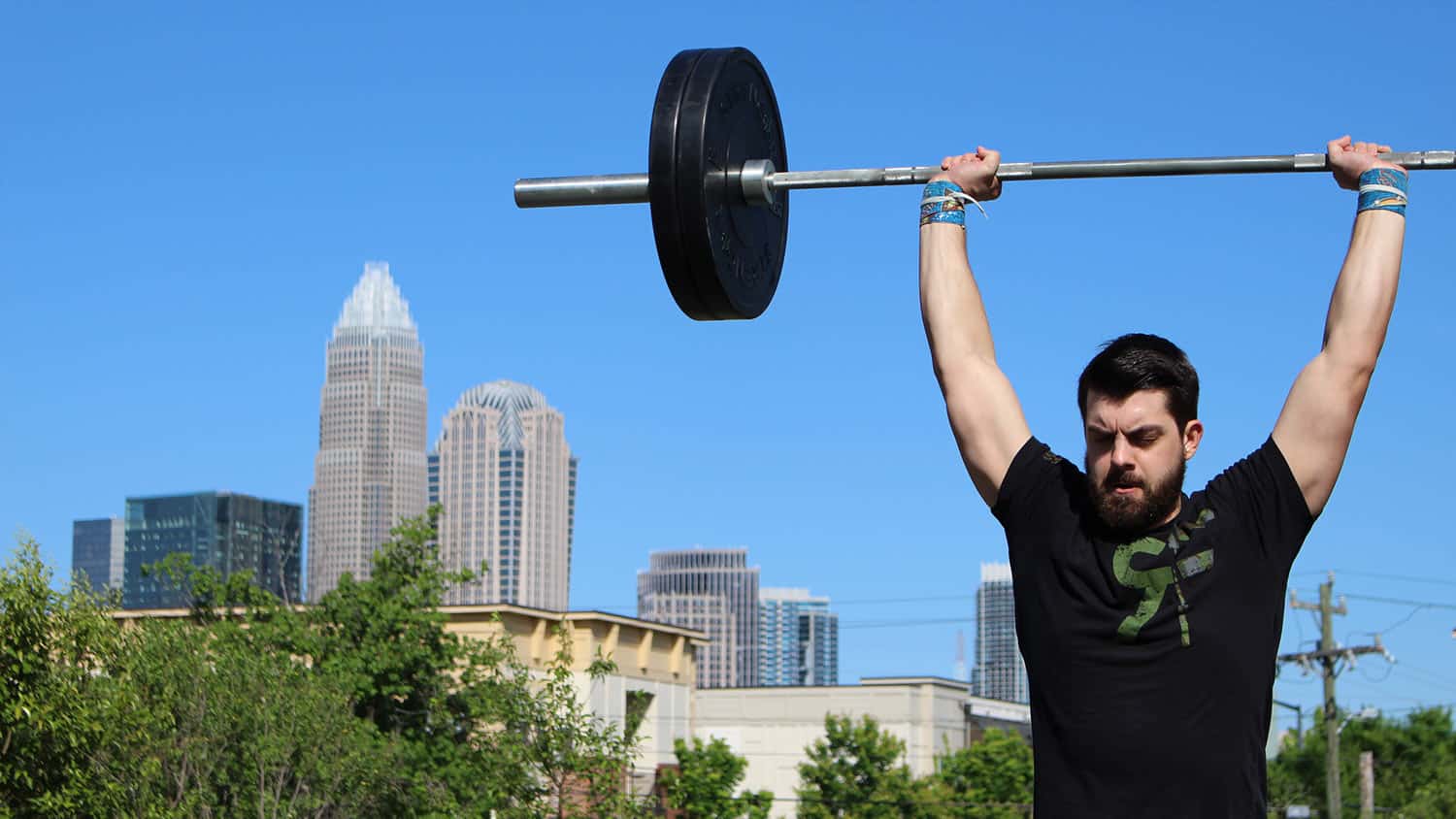 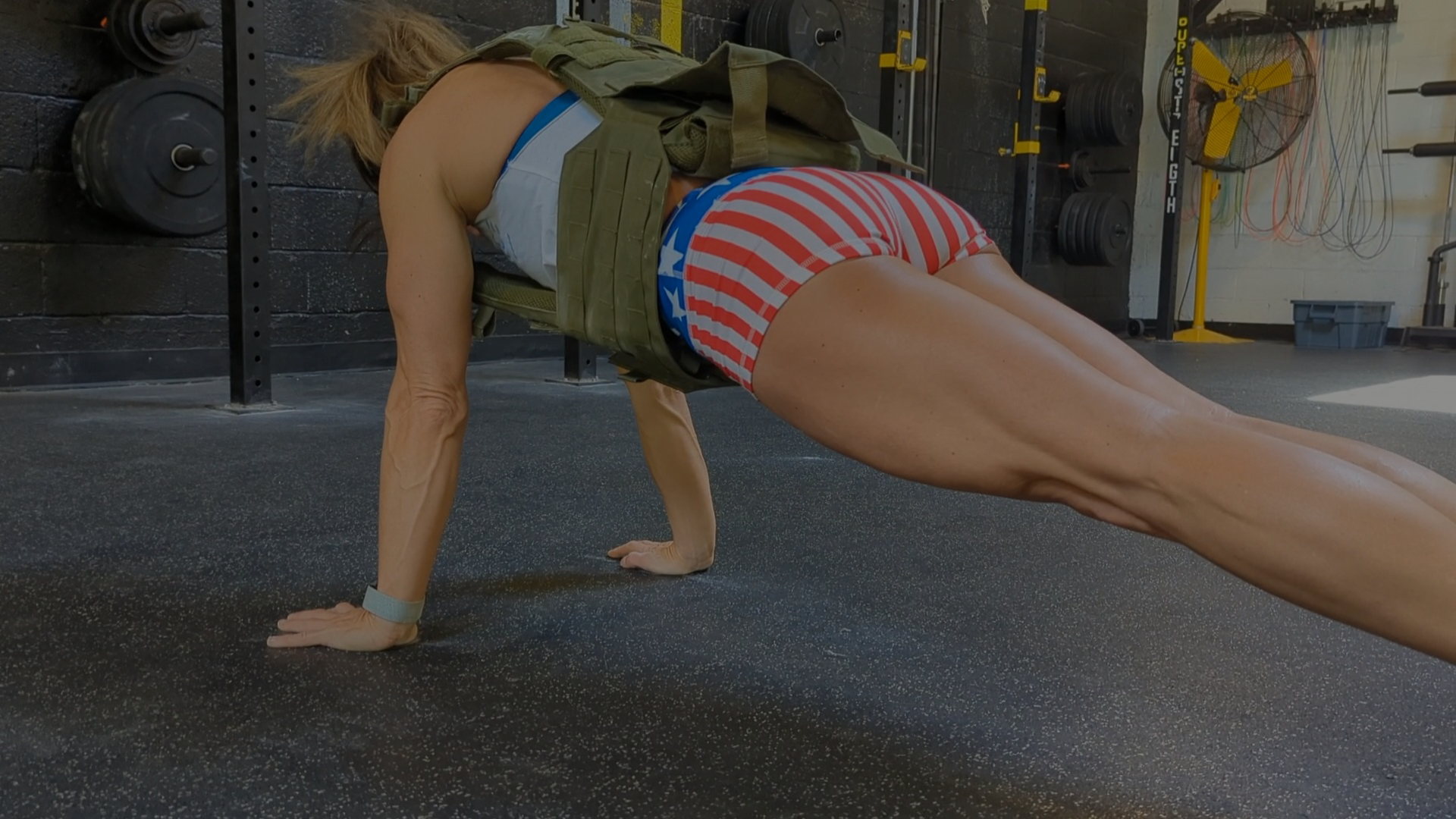 In this video, we look at push up points of performance. These points of performance will also translate in a lot of ways to the bench press and dips, other horizontal pressing variations. While this is a simple exercise, a better understanding of pushup technique will help you hit more reps and keep your shoulders feeling great as you do them!

To start with, Pamela’s got her hips extended in a neutral spine position, and you’ll see her maintain that rigid torso position throughout the entire pushup.

You’re going to also notice that as she descends down into the pushup, her shoulder blades kind of come together and she keeps those almost pinched together as she descends down. And then as we look at her shoulder in the bottom position, it is not rolling forward. So sometimes we’ll see people lose shoulder positioning and go to what she just demonstrated there, which puts a little extra stress on the front of the shoulder. And then she’s going to press up.

What you’ll also notice with the push up is elbow positioning will vary a lot between individuals. We’ll see some people go elbows super flared out and wide, which puts a little bit more emphasis on the chest and shoulders, but isn’t going to translate very well to a lot of other pressing movements, such as handstand pushups, and dips, if you want to move onto those movements.

So in general, where we tend to coach the pushup, in terms of elbow positioning, is if we’re looking at this from the top, I want to see an arrow shaped, not a T. So her elbows aren’t right at her side. They’re not completely teed out. They’re somewhere in between that. And that will vary a little bit athlete to athlete, but that’s our general points of performance.

There’s one thing that’s really important to look at from a mobility perspective in the push up. And that is our ability to extend the shoulders, move the elbow behind the body.

So Pamela’s going to turn towards me and the way we like to test this is arms are straight out in front. She’s going to pull her shoulder blades together. Kind of like what we talked about in the pushup itself. She’s going to make a fist with her hands, and now she’s going to bring her elbows back. While she maintains those shoulders back and I want to see, can she get to where her fist gets to where it’s in line with her stomach.

If so, she has enough shoulder extension for great pushups, bench, press and dip mechanics. What we’ll see for some individuals is as they start to do that, they’ll run out of motion and you’ll see that shoulder dump forward. And that signifies that they lack a little bit of shoulder extension mobility.

How To Do Kipping Pull-ups