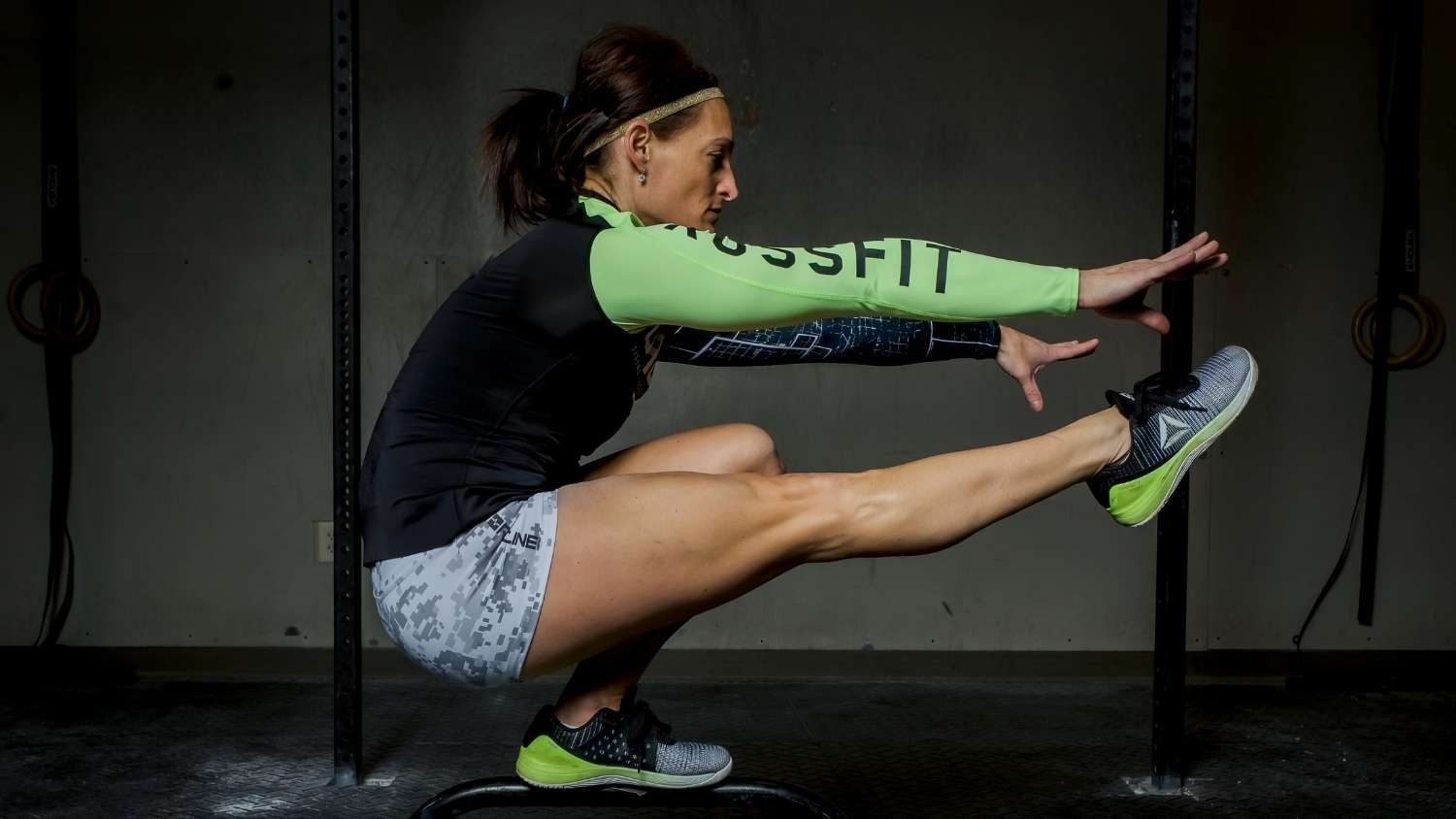 In this video, we talk through pistol squat mechanics. The pistol squat’s going to be a challenging movement. It requires a lot of mobility, a lot of strength, a lot of coordination. And we’re going to break that down into its components, for those of you that are building to improving your technique.

Be sure to also check out our programs for help crushing your pistol squat goals!

With the pistol squat, Pamela and I tend to like to start is looking at a double leg, feet together squat. And the reason why we like that is we look at that bottom position here. From a mobility perspective, this much closer resembles a pistol squat than if we looked at somebody’s air squat, because those legs are together.

In the pistol squat we see significantly increased demands on ankle mobility compared to almost every other squat variation, short of the overhead squat. But we also see differences in what we’re asking the hip to do. Because in a air squat, a back squat, a front squat, an overhead squat, we can go wider with our legs, we can change our toe out angle. We don’t have that luxury with the pistol squat. So that’s why we like to start here, with that narrow stance position.

And what we really want to see is: does that individual have the ability to squat down, hip crease below the knee, in that position? If you can do this, you’re pretty close to having exactly what you need, from a mobility perspective, for the pistol squat. If you can’t do that, where you get down to that depth, then we probably want to start breaking out your ankle and your hip mobility. But that’s a good start.

One other important note about the feet together pistols, or double leg squat, is that as you look at Pamela in the bottom position of that, her back is rounded. But typically, when we talk about a back squat, a front squat, an overhead squat, we don’t want to see a rounded spine. But there’s nothing wrong with that in a pistol squat because we don’t traditionally load the pistol squat up with any sort of significant weight. So, it is not dangerous at all on the spine to squat in that manner.

From there, if we want to take the pistol squat up a notch, if we want to start actually working on that skill, we like to go to a kickstand pistol squat, where we have a little less balance and coordination demands than the full pistol squat demands, because we just take one leg, kick it back a little bit, and go on our toes. And that gives us just enough balance support to increase the strength demands a touch, but start to build a little bit of that balance and coordination.

We then need to take it up a notch. And what do we do for that is we simply kick one leg out in the bottom of that kickstand pistol squat. So now we get down to the bottom, we hold it, we find our balance, we stabilize, and then we add in that component of not having the double leg support. So then she’s working on building that balance and control in the bottom position. Which if we build that there, it will start to translate to us being able to do it in the entire pistol squat itself.

Now, when we make a jump from the kickstand pistol squat to the kickstand pistol squat with a kick, we do add one important piece to the mobility equation, and that is hamstring flexibility on the kick leg. If your hamstrings are tight your knee’s either going to bend, and now that front foot’s going to be challenging in terms of not touching the ground and getting no rep because of it, or you’re going to see somebody that can keep their leg straight but they have a hard time keeping that elevation of it and they might have to do something like grabbing their foot to make up for that.

In this position, we also add challenge to the strength of the hip flexors of the front leg. Those hip flexors have got to be super strong if you’re going to do a good job in the pistol squat. That is a position that quite often cramps people’s hip flexors if they aren’t strong in that muscle group and they’re trying to progress to pistol squats.