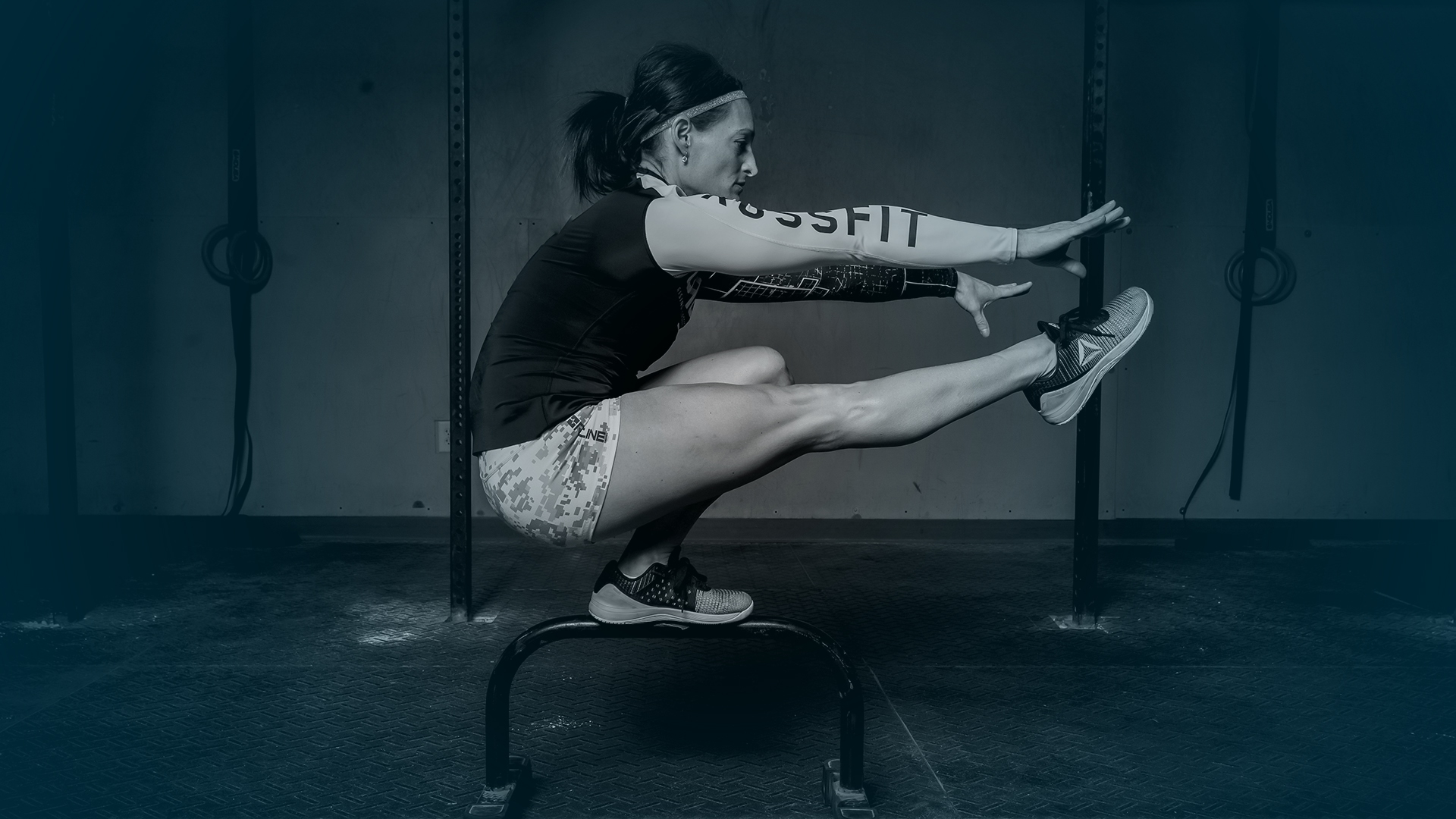 Well, you MAY have seen these squat cues before, but they are underused these days. Working with athletes in both the gym and physical therapy clinic, I have seen countless athletes squat, and no one cue works well for all of them. So having more potential cues to use with athletes will increase your likelihood of success.

These squat cues come from some of the best athletes and coaches around and have made my life much easier over the years. Finding squat cues to unlock the desired movement pattern should be more like choosing the right key, not your only battering ram.

Squat Cues #1: Drive Shoulders Back Up Into The Bar

Out of the bottom, many athletes and coaches like to think about driving with the legs. Everyone has heard things like “Push the ground away,” but what do you do with your chest and shoulders? Where the bar sits (on the traps and shoulders) may be the most neglected part of the entire lift! Enter Ed Coan (the G.O.A.T.), with a different way of thinking.

Yes, it is important to push into the ground, drive the knees out, don’t let the hips rise too fast – I get that. But adding in this simple cue to the thought process makes this a total body lift (which it is). Driving the shoulders back up into the bar is a much more aggressive, tactile (in my opinion) helpful way of saying “Chest Up,” or “Don’t Round Forward.” This will also help ensure the hips and shoulders come up at the same rate out of the bottom, and who doesn’t want that?

So give this a shot. This cue is perfect for athletes who don’t seem to know where their hips are, lose position on the way up, or simply aren’t moving purposefully enough. Fight for Position!!

Squat Cues #2: Get Your Back Tight – Thoracic Extension

The current “King of Raw” (I’ll fight you over it) has been killing the squat game recently, and he seems to be on to something with the technical cues. Known for his high energy and amazing confidence on the platform, he approaches the lifts with quite a technical approach. On the descent, Ray advises, it can help to think about maximizing tightness throughout the upper back and down the posterior chain to maintain position en route to the bottom. This will help KEEP the athlete in a position to reverse the lift rather than the traditional approach of GETTING into position out of the bottom.

Thoracic extension should be a max isometric hold throughout the eccentric portion of the squat. Any (major) change in the spine angle between T1-T12 will result in a change in bar path REGARDLESS of what the rest of the body is doing. Pull down hard with the lats, get tight down the back, hips, and hamstrings, and focus on controlling this position on the way down. It will help you keep your chest up, hips back, and store all of that energy for when it counts – after you hit depth.

Squat Cues #3: Break The Knees, Then Go Straight Down

If you don’t know who Max is, you’ve either been living under a rock or boycotting the strength game for the last several years. A former weightlifter turned powerlifter turned coach, he has seen it all and happens to be one of my primary resources because of his unique perspective.

All too often, lifters and coaches use a cue that works at first, but then they run with it off the deep end. The first example that comes to my mind with the squat is “Hips Back.” I can’t tell you how bastardized this innocent phrase has become in my worlds of training and physical therapy. I hear someone yell “Hips Back,” the next thing I see is an athlete initiating the squat with an anterior pelvic tilt, dumping their torso forward, preventing ANY forward tibial translation. I don’t care what you say, nobody does ALL of those things and squats any respectable weight for long.

“Breaking the knees” to initiate the squat will bring you back to the real world. It is okay for the knees to come forward in the squat…as long as you are purposefully controlling them, and not letting them cave into uncontrolled valgus. After you break the knees, you can let the hips descend naturally with no anterior OR posterior tilting (imagine that). Letting the hips descend relatively straight down will also help the athlete keep their chest up and bar over in the base of support. Hit depth and use quads, hamstrings, and glutes to drive back and up out of the bottom. Just crazy enough to work…?

Squat Cues #4: Press the Big Toe Into the Ground

“Driving the knees out” during the squat has been one of the most common and controversial cues I can think of over the past 5ish years. It can help an athlete with difficulty controlling knee valgus (caving in), but can also be taken a little bit too far. For some athletes without dysfunctional knee valgus, driving the knees out will cause excess foot supination, and result in rolling into the outside of their shoes. While this may open up more available hip range of motion, it can decrease the amount of ground contact in the feet and ultimately lead to decreased force production into the bar (kind of what the squat is all about).

With the goals of utilizing weight room training to maximize athletic performance, the PowerAthlete crew advocates for a squat technique and cues that will recruit the highest number of motor units and result in maximal force production. To do this, pressing the big toe into the ground can increase glute/hamstring activation while maximizing stability and ground contact with the feet. This is a more advanced cue and not one that I use with athletes initially learning how to squat. But in personal experience, I have found that this can be very beneficial to those athletes that drive the knees out WAY too far out past the toes. It is okay for the knees to track over toes 1-3, people!

(As a side note, their podcast, PowerAthleteRadio, is the premiere podcast in strength and conditioning. Make listening to it part of your weekly routine.)

Squat Cues #5: Squat Like You’re in a Smith Machine – Straight Up and Straight Down

We’ve all used it before – That weird piece of metal that KIND OF looks like a barbell inviting you over for a heavy squat session, but is oddly fixated into a straight path (up and down). If you’re an experienced lifter, the thought of squatting in the Smith machine might make you nauseous. For a novice, however, this may be exactly the thought that counts.

I’ve seen many lifters over the years that seem to not know their arm from their leg from their face. All the cues in the world about knee position, hamstring loading, and “chest up” fall on deaf ears. If this description brings a certain athlete to mind, keep calm, there may still be hope.

Some people simply have not developed the internal proprioception to know where their body is in space without visually seeing themselves. (Picture those teenage athletes who turn into baby giraffes under at a barbell). For them, an EXTERNAL cue may be the fix. If you tell them to imagine the bar cannot move forward or backward, but can only go up and down, this can go a long way. It may not look perfect at first, but it will give them a target to focus on, and an object around which to move their body.

A huge thank you to Mark Bell and the SuperTraining Gym team for consistently putting out fantastic content, providing access to experts, and pushing the spread of knowledge throughout strength sports. We would not be able to have these discussions or share these ideas without people dedicated to making the world a better place to lift.

Sean Jacobs is currently a Doctor of Physical Therapy student at Wingate University, graduating in December 2017. He is currently a CrossFit Level2 Trainer and has been coaching CrossFit and weightlifting for 6+ years. In addition to finishing PT school, Sean competes in local weightlifting, powerlifting, and CrossFit competitions. He is completing his last PT internship at Carolina Sports Clinic in Charlotte, and coaching at Progressive Fitness Development in Monroe, NC.

Sorry, the comment form is closed at this time.